I made a card similar to this years ago at a craft fair in England so for a recent card class I decided to recreate it using stamps that I had. This card uses the technique of stamping off which can create a number of effects, including adding depth by layering the same image without re-inking it. 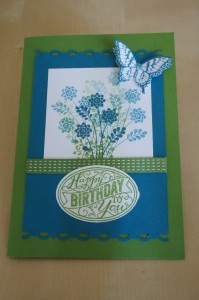 The bunch of flowers on the Whisper White cardstock has been created from flower stamps from the Embellished Events and Tiny Tags stamp sets. I inked up the larger flower stamp with Island Indigo ink and stamped it centrally and to the bottom of the cardstock. Without re-inking it I stamped it to the right side of the first image and then a third time in-between the two other images and towards the top of the cardstock. I re-inked the stamp and then stamped it a couple of times on scrap paper to take some of the ink off, before stamping it to the left of the bunch.

I used the same technique with the smaller flower stamp, inking the stamp using Gumball Green and stamping it at the base, then middle, then top of the bunch all without re-inking. This was done three times, on the left, right and in the middle of the bunch.

The Happy Birthday to You sentiment comes from the Best of Birthdays set which was one of the stamp sets released as part of the 25th anniversary of Stampin’ Up!. It co-ordinates with the Extra Large Oval Punch which is why I got the set. I’ve also used two butterflies from the Papillon Potpourri stamp set which is clearly a bit of a favourite for me, and these were punched out with Elegant Butterfly Punch which also gets a lot of regular use!

The Island Indigo mat was punched at the top and bottom with the Scallop Trim Border Punch and wrapped with some Gumball Green stitched satin ribbon.

About Astrid Bealing
I am an Independent Stampin’ Up! Demonstrator from Brisbane, Australia. I’ve always loved all things craft and finally taken the leap into demonstrating the wonderful products Stampin’ Up! sell, which I’ve been using since 2010. I will be posting my Stampin’ Up! projects here to inspire you. I also hold monthly card and paper craft workshops from my home in Eight Mile Plains, and sell product Australia wide. 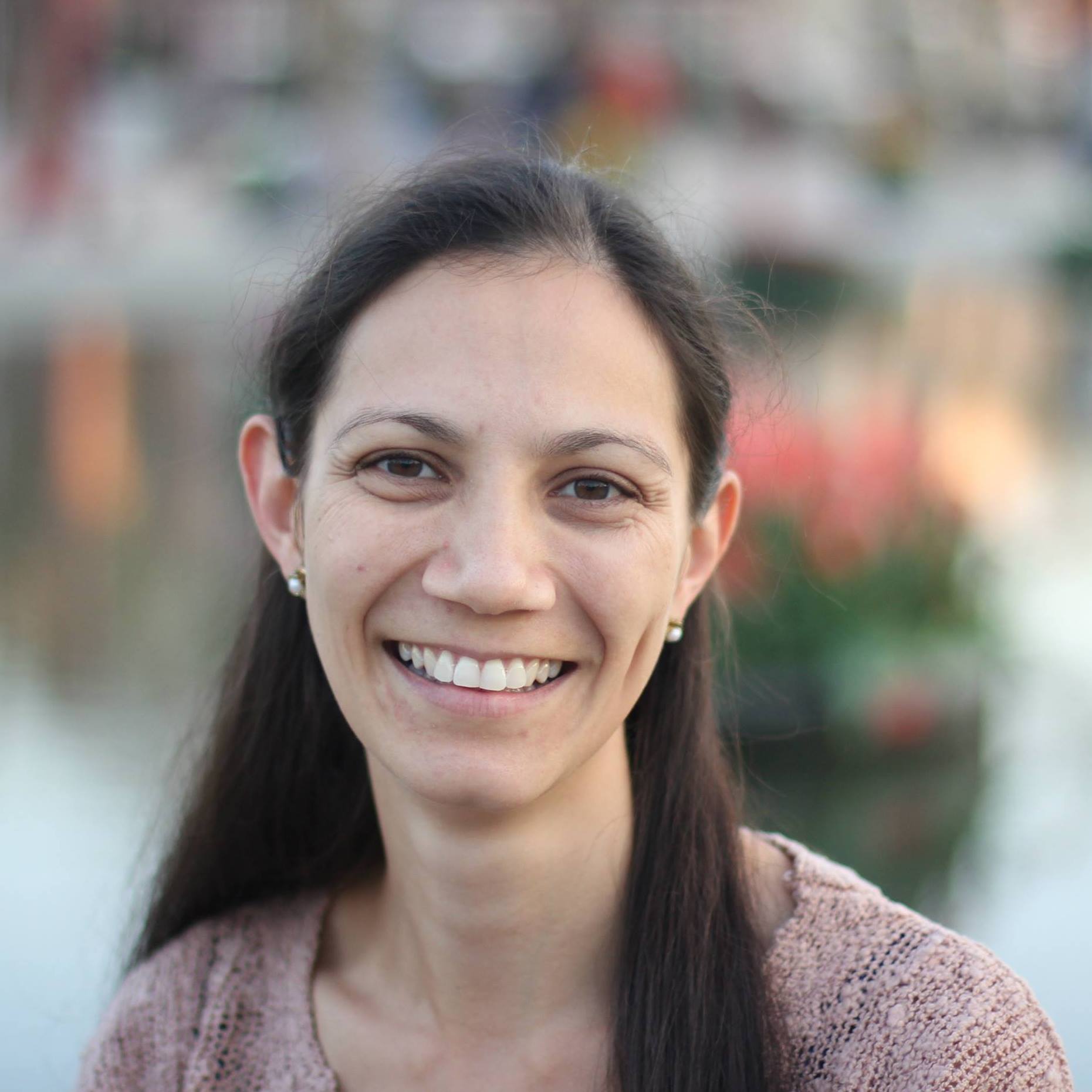 Hi and welcome to my website. I am an Independent Stampin’ Up! Demonstrator from Brisbane, Australia. I’ve always loved all things craft and finally taken the leap into demonstrating the wonderful products Stampin’ Up! sell, which I’ve been using since 2010.

I will be posting my Stampin’ Up! projects here on my blog to inspire you. I also hold monthly card and paper craft workshops from my studio in Eight Mile Plains, Brisbane, Australia.

If you would like to know more about my craft classes and spend an afternoon making new friends whilst enjoying Stampin’ Up!’s wonderful products then please get in touch, I can’t wait to meet you and share ideas.